Sugar (sucrose) is one of the main culprits behind the health crisis today. Artificial sweeteners are a backward move, as they can be even more toxic and addictive than sugar. But, living a life without anything sweet is unreasonable. Are there any SHAPE-approved healthy sweeteners? Yes! The SHAPE Program offers three healthy alternatives to sugar: monk fruit, stevia and xylitol. 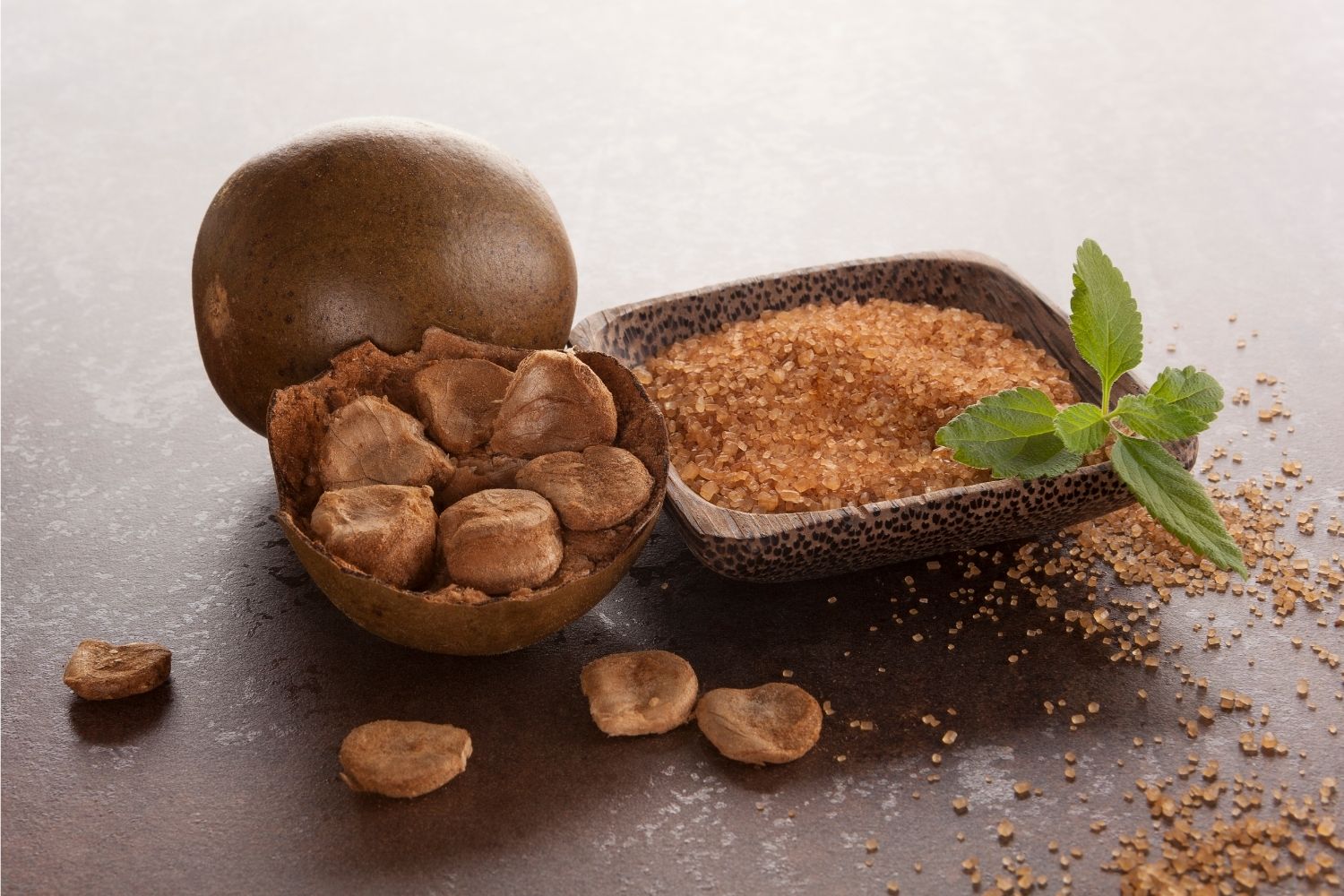 Monk fruit, also known as lo han guo, is native to southern China and has been used in Eastern medicine for treating the common cold and digestive issues. Monk fruit sweetener is made from the juice extract and is about 150-200 times sweeter than sugar. It’s a relatively new to the non-caloric natural sweetener scene and because it does not have that common stevia aftertaste, may be preferred for many. Monk fruit also has a very low glycemic index, so it has to no effect on blood sugar which makes it work well with the SHAPE Program. Read labels carefully on all monk fruit sweetener products as the large majority contain other non-approved sweeteners, namely erythritol.

Monk fruit was added as an approved sweetener for the SHAPE Program in September 2021. 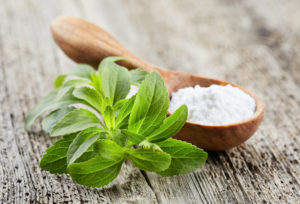 Stevia rebaudiana is known in South America as “sweet herb.” Its extract is estimated to be 200 to 300 times sweeter than sucrose, and it has little to no effect on blood sugar. Stevia was approved as a sweetener by the FDA in December 2008 and, to date, just about every toxicity test imaginable has been performed on stevioside (the active part of the herb that makes it taste sweet). So far, stevia has passed every test, with no negative results. European markets have safely used stevia for decades with no known adverse effects. It has also received the stamp of safety approval by pharmacologists and toxicologists alike in the United States.

Stevia is now used in many foods and beverages in place of sugar and artificial sweeteners. While stevia does not have an effect on blood sugar or digestion, some may still be sensitive. If you’ve never tried stevia before, start with a little in some coffee or tea and pay attention to how you feel. We discourage adding stevia to water. If everything you drink is sweet, it can trick your brain and trigger sugar cravings – one of the things you may be trying to overcome.

Not all stevia products are created equal, so always read the ingredients list closely. Choose stevia products that do not contain these additives: maltodextrin, erythritol or glycerin. 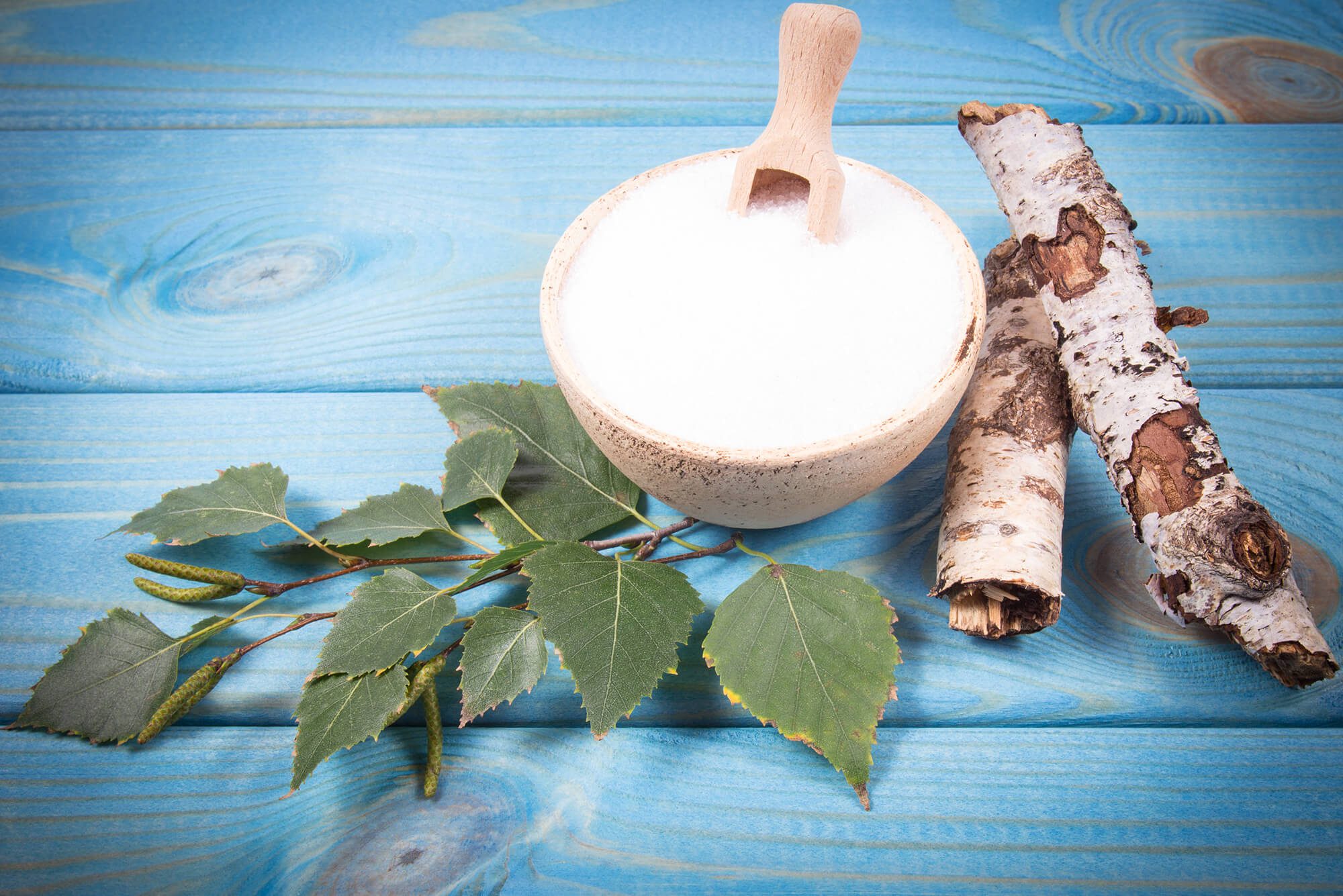 Xylitol is a sugar alcohol that naturally occurs in corn cobs, birch trees and other plants. It has a slight effect on blood sugar, and recently has been shown to be helpful for dental health. This is why you will often see xylitol as an ingredient in toothpastes, mints and gum.

Like all sugar alcohols, xylitol can cause gas, bloating, cramping and diarrhea if consumed in large amounts. Because of this, we suggest using xylitol sparingly or avoid it altogether if it causes digestive discomfort or slows down your progress on the SHAPE Program.

Always read labels carefully, because many products use xylitol in combination with artificial sweeteners. Birch and non-GMO corn sources are best.

What are the main differences between stevia and xylitol in cooking?

While stevia tastes sweet, it does not look or act at all like regular sugar. It is best used to add a sweet flavor. But, in cooking, it will not caramelize, turn brown when baked or create the same texture in baked goods as sugar. It also cannot be replaced one-to-one with sugar because it is significantly sweeter than sugar. One cup of stevia powder can be the same as eight cups of sugar in its sweetness level. So, when we say a little goes a long way and use sparingly, we mean it!

Stevia works well in yogurt, smoothies and beverages like coffee and tea. Try it in this Salted Caramel Apple Dip or Flaxseed Muffin.

Here is a helpful conversion chart from SweetLeaf Stevia (only the first three items are approved in Phases I and II of the SHAPE Program): 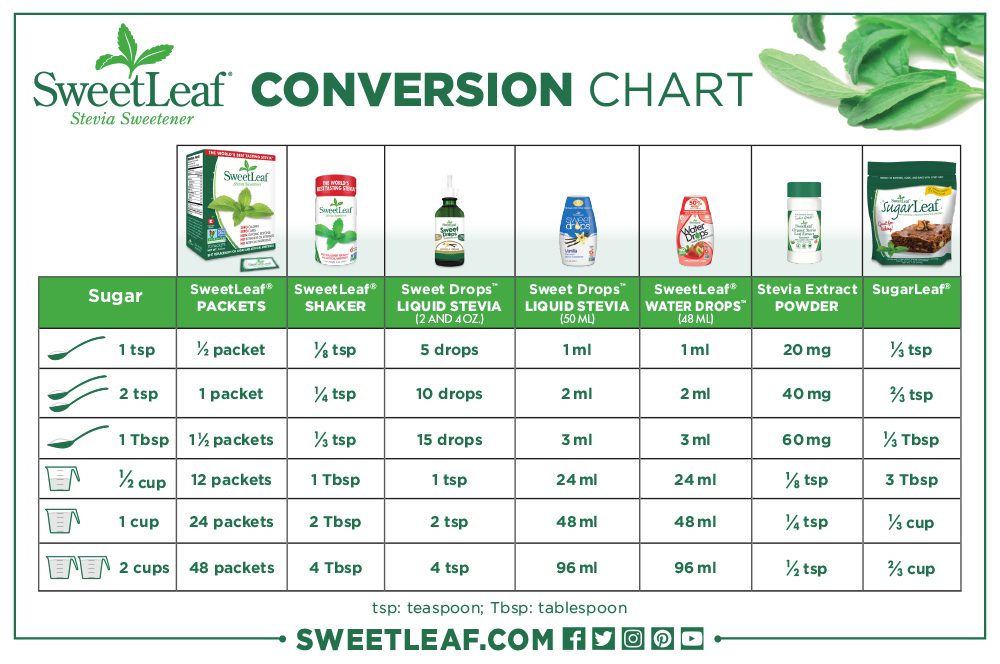 Unlike stevia, xylitol looks and acts more like regular sugar. It is slightly less sweet and can be replaced one-to-one with sugar in many recipes. However, it does not caramelize, does not dissolve as well, and can make baked goods softer than if they were made with sugar.

Xylitol works better in baked goods (like the Lemon Poppyseed Bars and Panfakes) than stevia, but can also be used in yogurt, smoothies and beverages, though it will not likely dissolve completely.

A Word of Caution

Even approved, healthy sweeteners can stimulate cravings and cause metabolic imbalances when used in excess. It’s important to teach your brain and body that it’s not necessary to always eat something sweet. Otherwise, you run the very real risk of trading one addiction for another.

This is especially true for water. The large majority of your water intake should be unflavored and unsweetened. A squeeze of fresh lemon, lime or pH Concentrated Minerals a few times a day is great for urinary tract health and pH balancing, but you should not be adding sweeteners, even healthy sweeteners, to your water or other beverages and foods on a regular basis. This will only make it more difficult to overcome sugar cravings and set yourself up for future relapse.

The less sweet food you eat, the less you crave. So, with all sweeteners, always use sparingly. 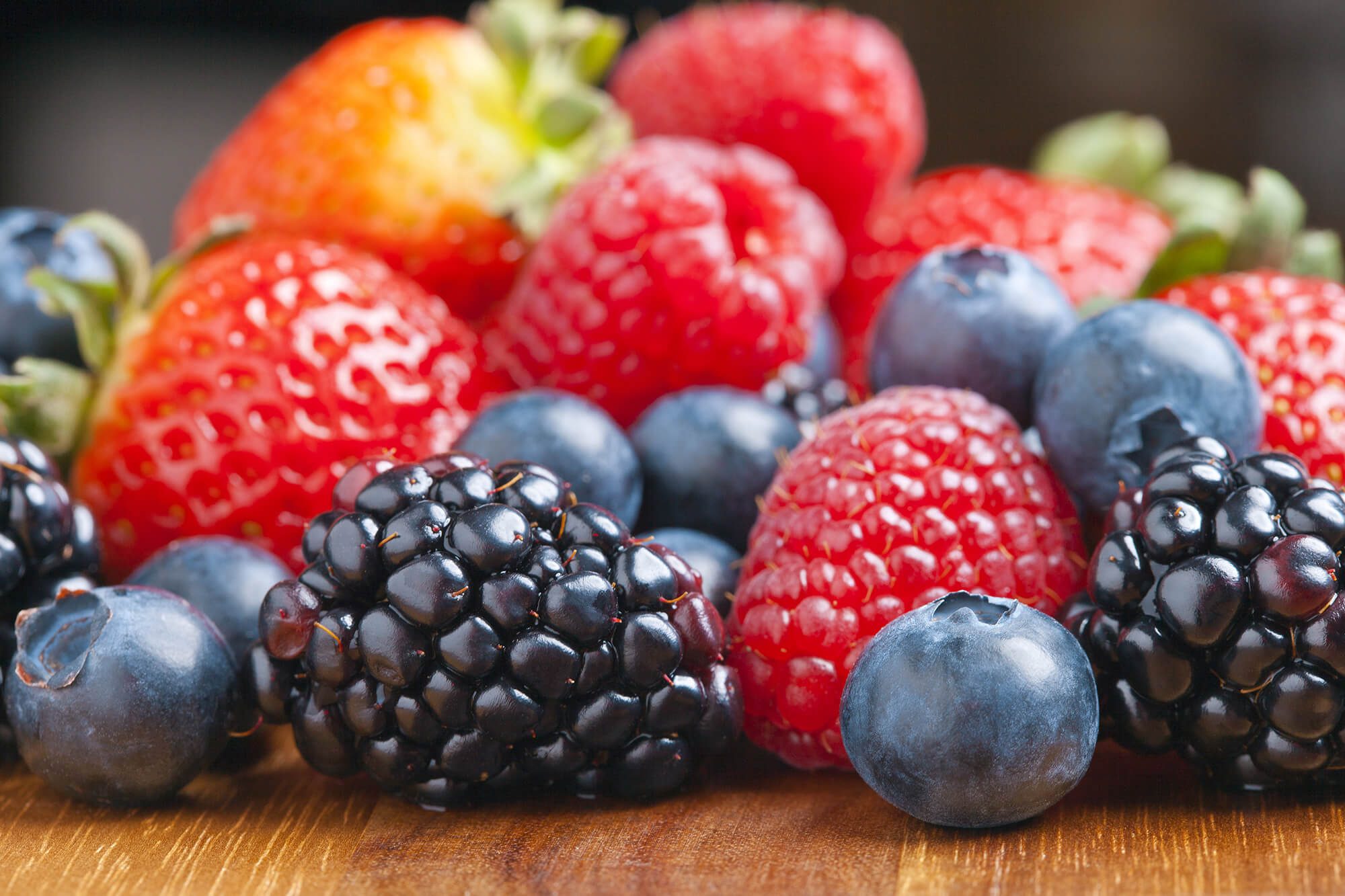 How can you satisfy your sweet tooth if you aren’t eating sugar or artificial sweeteners, and you’re limiting healthy sweeteners like stevia and xylitol?

Choose fruit, because while it contains naturally occurring sugar, fruit is also loaded with fiber, vitamins, minerals, antioxidants and other phytonutrients. Fruit is included in all three phases of the SHAPE Program.

Dark chocolate with a cocoa content of 70% or higher is full of antioxidants and energizing theobromine. Plain cocoa powder is approved for Phases II and III, and dark chocolate is a great treat in moderation in Phase III.

Raw honey, blackstrap molasses, pure maple syrup and a few other natural forms of sugar are safe and generally healthy when consumed in moderation. They are less refined and, therefore, more nutrient-dense than typical white sugar, which has been stripped of its vitamins and minerals. These sweeteners should be avoided until Phase III and then only consumed in moderation.

As for our old familiar friend, sucrose, while we encourage people to avoid eating sugar, we also know that it’s not realistic to expect anyone to never eat another grain of sugar as long as they live. And when compared to artificial sweeteners, sucrose is definitely the lesser of two evils. We certainly don’t recommend eating sugar at every meal or even every day, but we recognize that the celebrations of life include sharing a meal with those we love, and often those celebrations include sugary treats. Are you supposed to live a life without treats? We certainly hope not! Life is about choices. Only you can decide when and how you consume sugar in moderation, preferably only after you reach Phase III.